For the architecture alone, you should not miss visiting this ultra-modern museum. All glass and stainless steel, bridges and suspended walkways, transparent escalators and elevators, this museum has been designed so that you feel like you are in a “city of the future“. 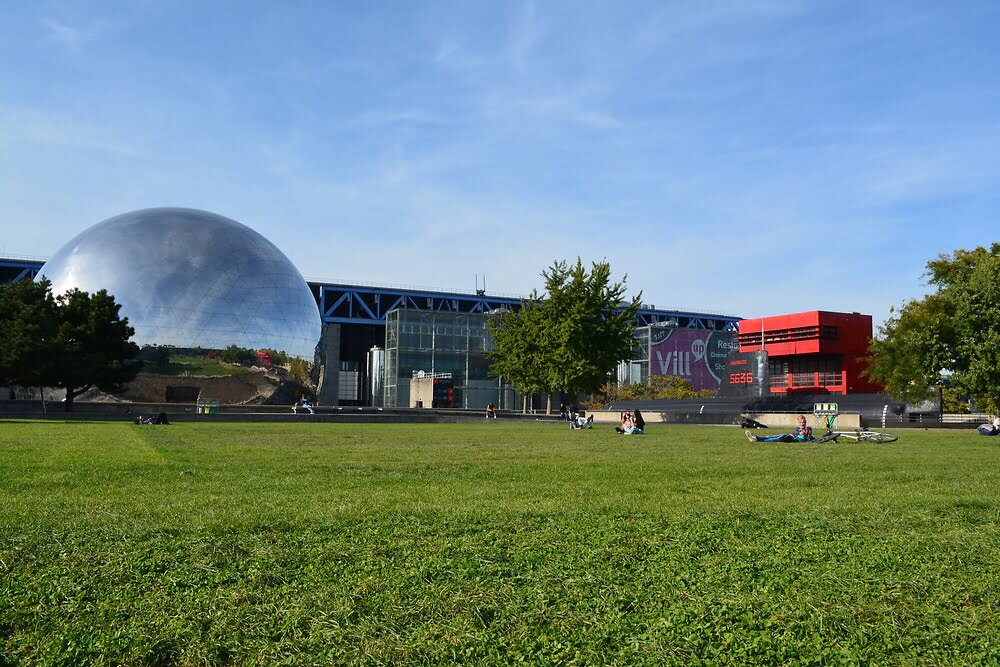 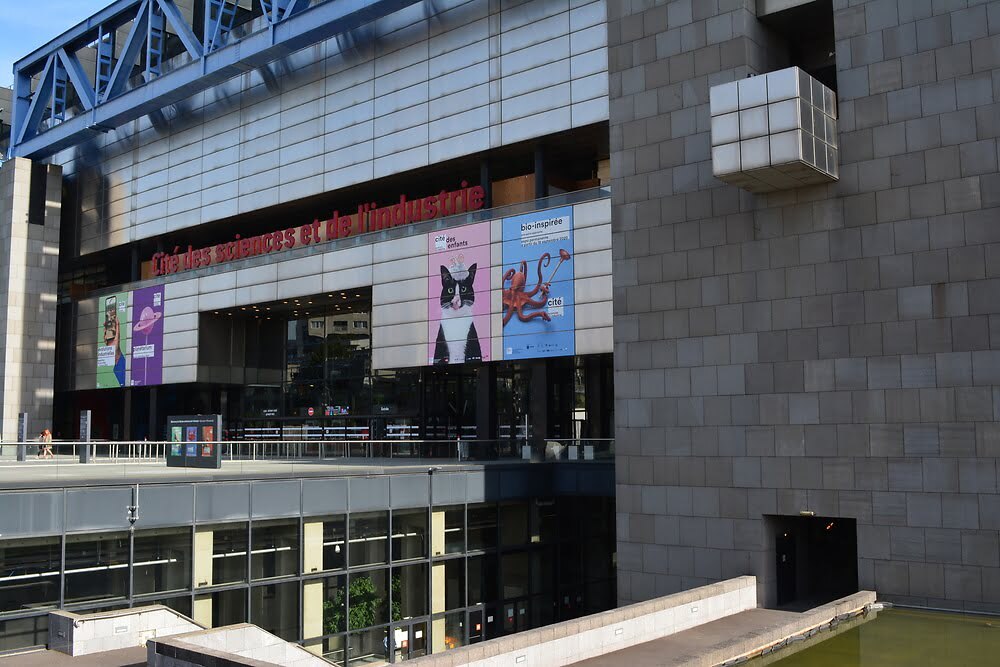 Located on old the abbatoirs of Paris, the Park of the Villette is an active space, a new district of meeting, culture and leisures. Place of exhibitions, documentation, communication and search, the City presents the largest
scientific, technological projections of our time. Using the most recent techniques of audio-visual and data-processing communications, it proposes multiple and complementary activities and offers a new way of learning, of listening and of being moved so that each one remains an actor of the future world.

For the architecture alone, you should not miss visiting this ultra-modern museum. All glass and stainless steel, bridges and suspended walkways, transparent escalators and elevators, this museum has been designed so that you feel like you are in a “city of the future”.

The permanent exhibition is called “Explora”. This exhibit is divided into 3 main themes :

The Cite des sciences allows the visitors to touch and play with various subjects of experiences such as sounds, robots, computer science, expression and behaviour, oceans, energy, light, the environment, mathematics, space. With its interactive computers, multimedia displays, videos, holograms, animated models and games, this museum permits the visitor to “explore” and discover.
An example of the chaos theory is displayed by a wheel of glasses rotating below a stream of water and the control of motion is entirely unpredictable.
Do not miss the hydroponic plants as well as the flight simulator.

Other activities at the Museum

You can also discover the planetarium, the Cinema Louis Lumiere which plays a short stereo-scopic film at 11:30am, 2pm, 3:30pm, 4pm, 4:30pm., and other exciting exhibits are the Geode, Argonaute, Cinaxe and the park itself.
There are also several cafés.

Discover a real 1957 french military submarine in which you can clamber about and discover masses of facts about underwater transportation.

The Geode and the Cinaxe

The Geode shows films shot on the 180o Omnimax system, while the Cinaxe combines 70mm film shot at 30 frames a second with seats that move.

Besides the permanent exhibits, throughout the park, you can discover the temporary exhibits which talk about history and philosophy as well as science.
Walkman guide in English is available at the counter in the main hall, and includes details of the architecture, explanations for Explora and the soundtrack for the Planetarium shows.

The city of the Villette it is also

Closed on monday, 1st May and 25th December

You can also buy a daily pass