The 21 st century skyscrapers business district erected outside the western city-limits of Paris was recently enriched by the spectacular Grande Arche. 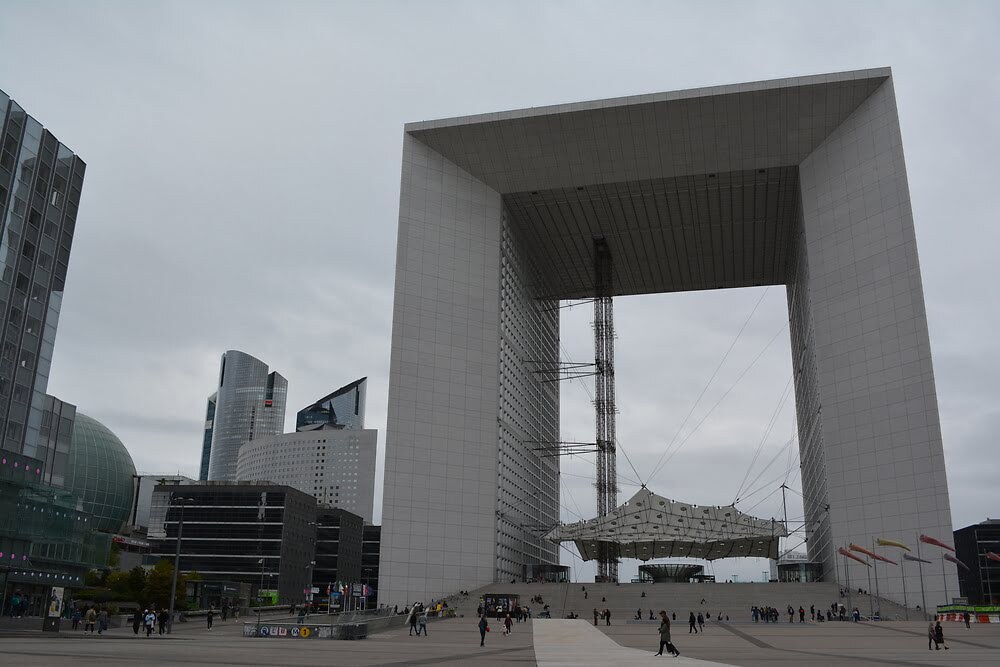 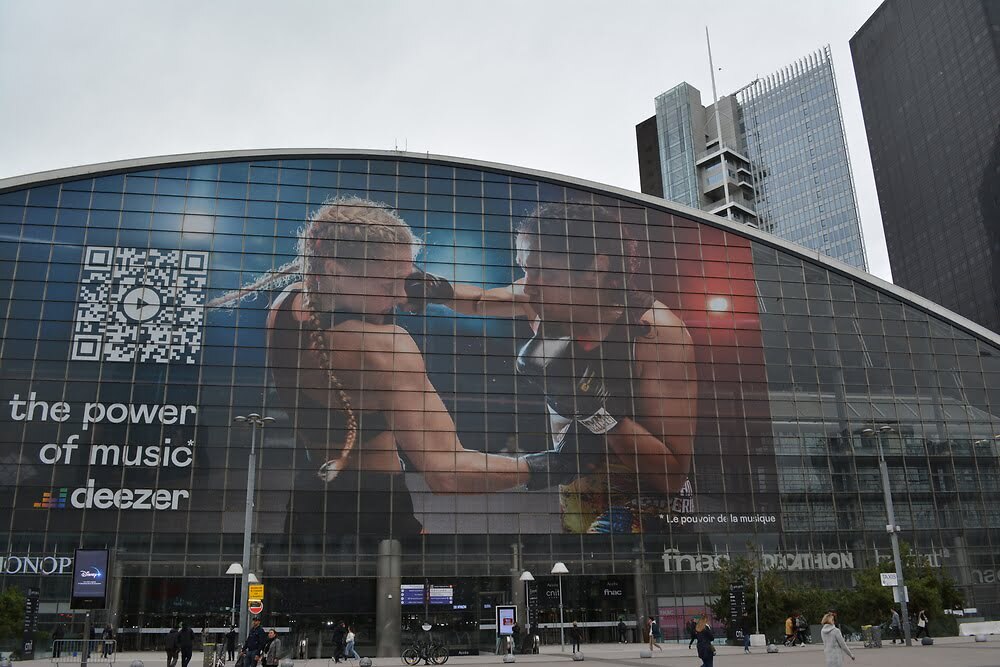 This business district is like a futuristic universe where form and content meet in beauty : active and lively during the day, deathly silent at night. Not just office buildings, but a variety of things to see. Besides the different international trade fairs, exhibitions, concerts or theatrical performances that take place in the CNIT or on the roof of the Arche, you can find a wide variety of restaurants, stores, and outdoor shows. And, for several years, on June 21st, the official Holiday of Music “Fête de la Musique”, La Défense hosts a great music festival that includes all sorts of side shows using light and water.

“La Défense”, whose lines can be followed to the Arc de Triomphe, along the Champs-Élysées to the Obelisk on Place de la Concorde, over the Tuileries gardens to the Louvre’s Cour Carrée, assuming that the weather is clear and the air free of polluting fumes. This new business district is in the form of a group of towers more than 30 storeys high, which can be seen for several miles. A kiosk on the ground floor provides information on each of these Defense’s ultra-modern architectural gems. From every last minute detail, the designers have paid attention to the surface decoration, and have not ignored modern artists either. Sculptures, mosaics and fountains keep the eyes busy and break up the monotony.

Six kilometres out from the Arc de Triomphe at the far end of the Voie Triomphale, has put La Défense high on the list of places to which Paris visitors must pay homage. Created by a Danish architect, Johan-Otto von Spreckelson who won a competition called by the President Mitterrand, this hollowed-out cube, weighing 300,000 tons, 110m (352 ft) high and 70 meters (225 ft) wide (The whole of Notre-Dame cathedral would fit in its frame), was entitled “La Grande Arche”. This monument, dedicated to Fraternity, is built of concrete with a facing of Carrara marble and grey granite. On the esplanade are works by Takis, fountains, luminous signals and statues by Mirò. Various ministries have their offices in the massive supporting pillars, the human rights commission (Fondation des Droits de l’Homme) and major corporations have their office there.

Seated up above on the terrace one can admire the impeccable success of its perspective, whose lines can be followed to the Arc de Triomphe, along the Champs-Élysées to the obelisk on Place de la Concorde, over the Tuileries gardens to the Louvre’s Cour Carrée, assuming that the weather is clear and the air free of polluting fumes.