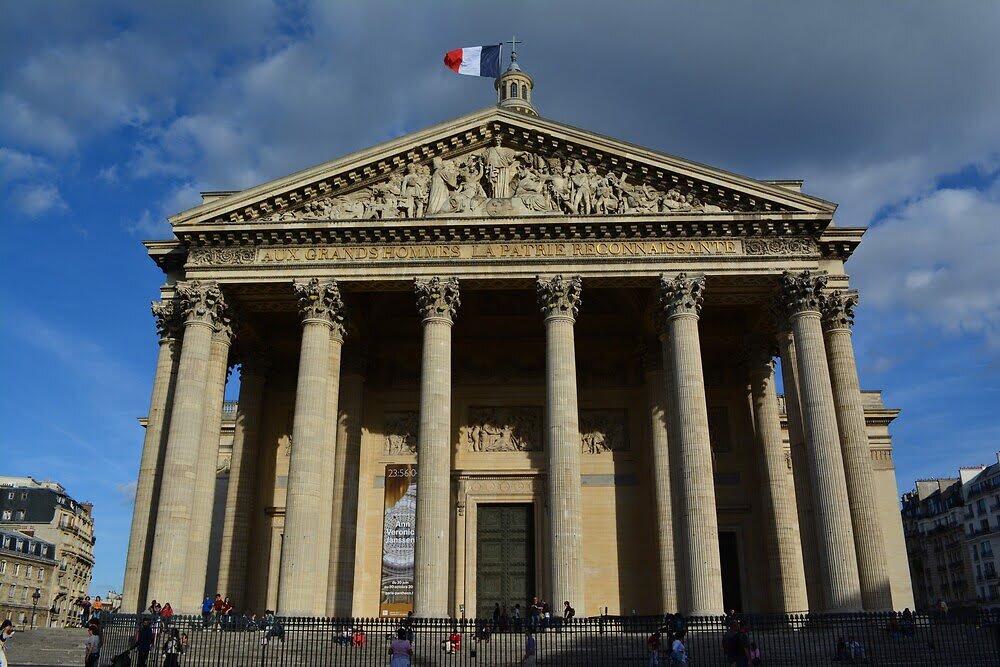 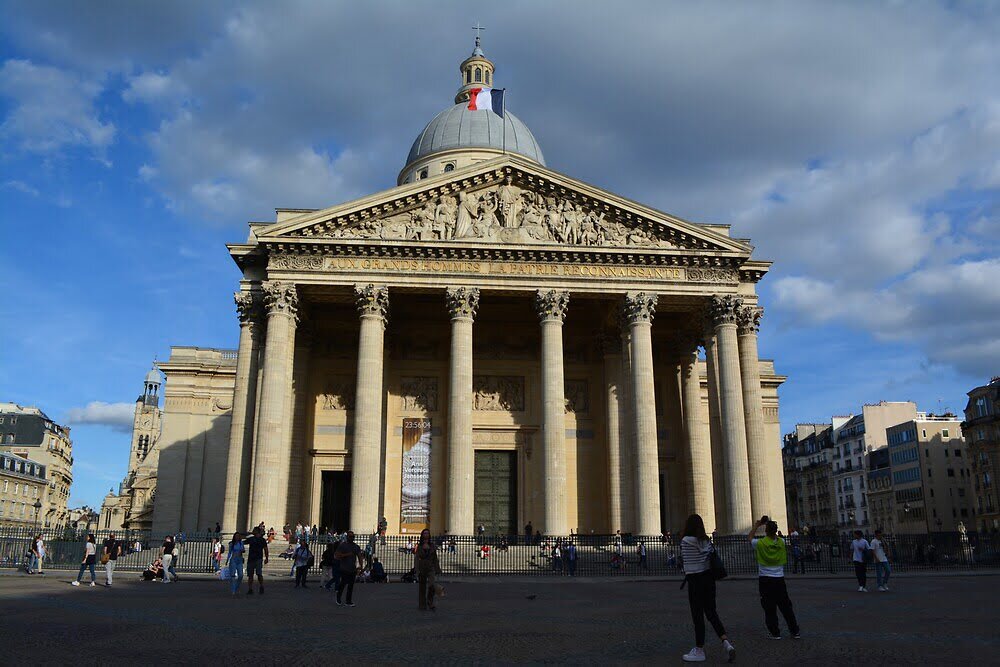 The most spectacular aspect is the size of the Pantheon. On the ground floor, in the form of a cross, it has a length of 110 m (352 ft) and a breadth of 85 m (272 ft.). The dome with its height of 85m (272 ft) inspired the physicist Leon Foucault to carry out his first experiments with the pendulum in the middle of the 19th century. He wanted to demonstrate the rotation of the earth on its axis.

While Louis XV was taking care of his health, he promised that if he recovered, he would build a church to replace the half-ruined Abbey of St. Genevieve. However, due to the lack of funds, the project did not begin until 1755. And the architect Soufflot designed a building based on the Classical prototypes. This being a dome with a Latin cross which is fronted by a Greek temple facade. During the construction, Soufflot passed away and the church which is known today as the Pantheon, was finally completed in 1789 – the year of the French Revolution. This is a spectacular product of classical design surmounted by a huge dome.

This church was built to be a vast mausoleum to “receive the bodies of great men who died in the period of French liberty”. The windows were closed, thus enforcing the solemnity of the interior. The building alternated between being a church and mausoleum throughout the last century. In 1985, following the collapse of stone work in the vaults, it has had to be closed for an indefinite period. Yet, you can still visit the crypt.

Just a little note : when Francois Mitterrand came into office and being the first Socialist president of the Fifth Republic, the first official visit was to the Pantheon. There, he laid down a rose which is the symbol of the Socialist Party, in memory of Jean Jaures, the Socialist leader who was murdered in 1914.

In the neighbourhood of the Pantheon on the corner of rue Clovis, lies the sixteenth-century church of St.-Etienne-du-Mont.

This church combines Gothic, Renaissance and Baroque elements. This contains the shrine of Saint Genevieve. The space is divided into three aisles by free-standing pillars connected by a narrow catwalk, and flooded with light by an exceptionally tall cloister. The only rood screen in Paris is also in this Renaissance-style building.The clock tower Tour Clovis is in the Henri IV lycee at the side of the church. This is the last surviving part of the Abbaye Sainte Genevieve. You reach the Sorbonne along the Rue Cujas. Founded by the canon Robert de Sorbon, confessor to Saint Louis, this building still contains a section of the Arts Faculty, and some of the offices of the Paris Academy.