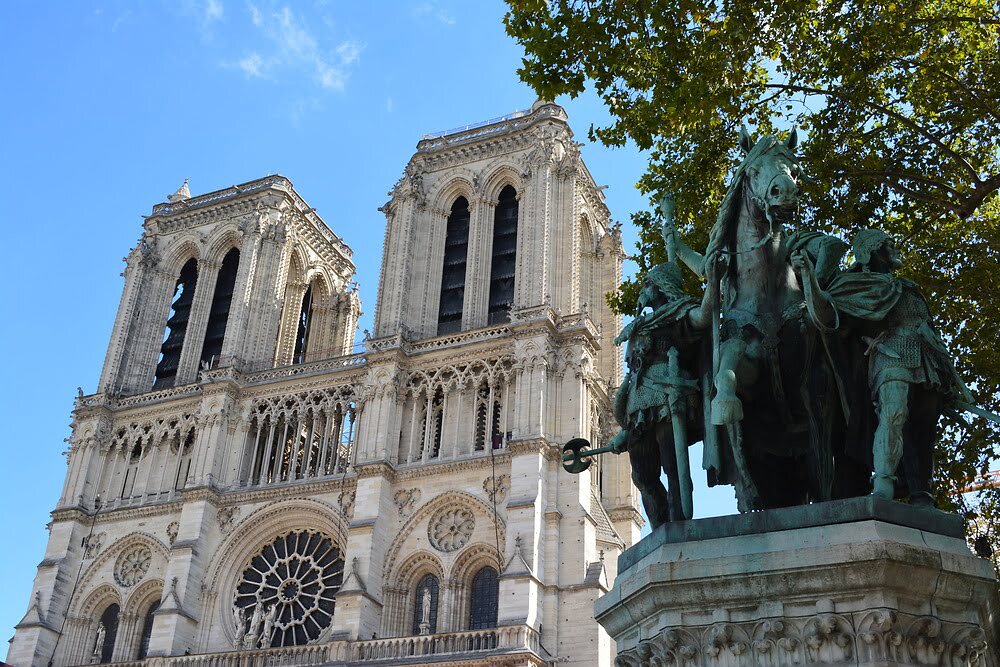 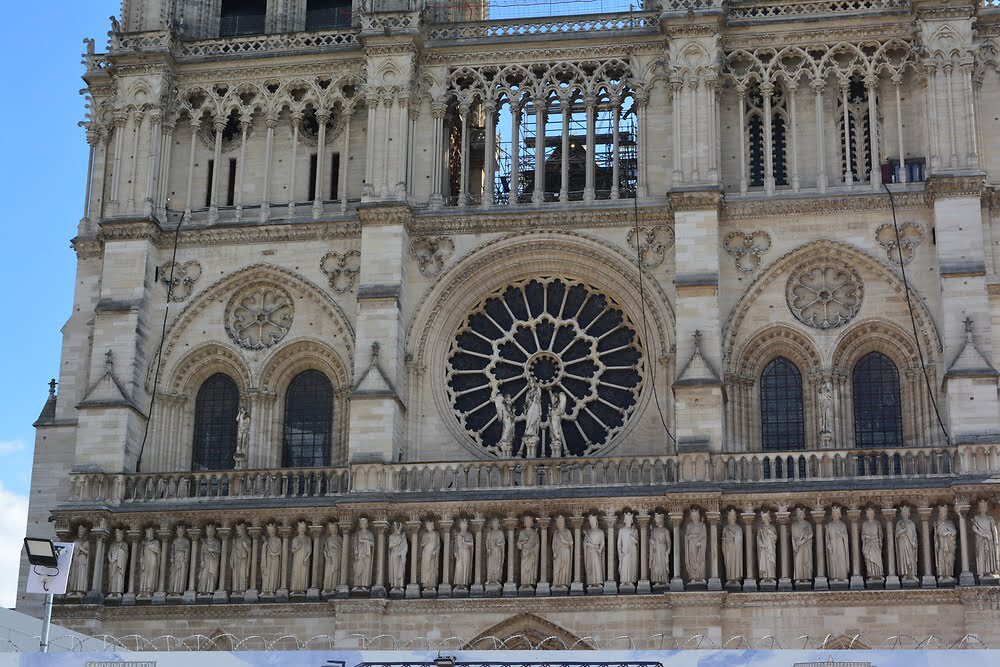 Under the auspices of Bishop de Sully, the construction began in 1160 and was completed around 1345. During the construction many events occured such as in 1297, the King Louis IX was canonized as Saint Louis, and in 1304, Philip the Fair celebrated his military victory by riding his horse up and down the aisles in the Notre Dame. By the 17th century, it was very fashionable to loathe the Notre Dame.

In the eighteenth century, a lot of the medieval glass was removed simply to make the building lighter, and medieval fittings and furniture were often replaced by those in later styles.

However, it was not until the French Revolution in 1793, when the Parisiens took a disliking to anything that was “royal” that they destroyed the statues and stripped all “anti-republican” art from inside as well as outside. And, in the following year, the French revolutionary government outlawed religion and Notre Dame was officially renamed as the Temple of Reason.

For some time, the French revolutionary government held propaganda shows in the building. Yet, it was in 1802, when Napoleon ruled France that he reintroduced Catholicism with a solemn ceremony in the newly rechristened cathedral. Here is where he crowned himself emperor.

Interior, the immediately striking feature, if you can ignore the noise and movement, is the dramatic contrast between the darkness of the nave and the light falling on the first clustered pillars of the choir, placing an emphasis on the special nature of the sanctuary. Nearly two-thirds glass, it is the end walls of the transepts that admit all this light as well as the two magnificent rose windows coloured in imperial purple. These, the vaulting, the soaring shafts reaching to the springs of the vaults, are all definite Gothic elements, yet, inside as well as outside, there remains a strong sense of Romanesque in the stout round pillars of the nave and the general sense of four-squareness.

Not to be missed !

Before leaving, do not forget to walk round to the public garden at the east end for a view of the flying buttresses supporting the choir, and then along the riverside under the south transept, where you can sit in springtime under the cherry blossom.

And in front of the cathedral, in the square separating Notre Dame from Haussmann’s police Headquarters, is what appears to be and smells like the entrance to an underground toilet. In fact, it is a very well-displayed and interesting museum, the crypte archeologique, in which are revealed the remains of the church which predated the cathedral, as well as streets and houses of the Cite dating as far back as the Roman era.

On the pavement by the west door of Notre-Dame is a spot known as kilometre zero. This is where all of the main road distances in France are calculated. For the Ile de la Cite is the symbolic heart of the country, or at least of the France that in the school books fights wars, undergoes revolutions and launches space rockets.